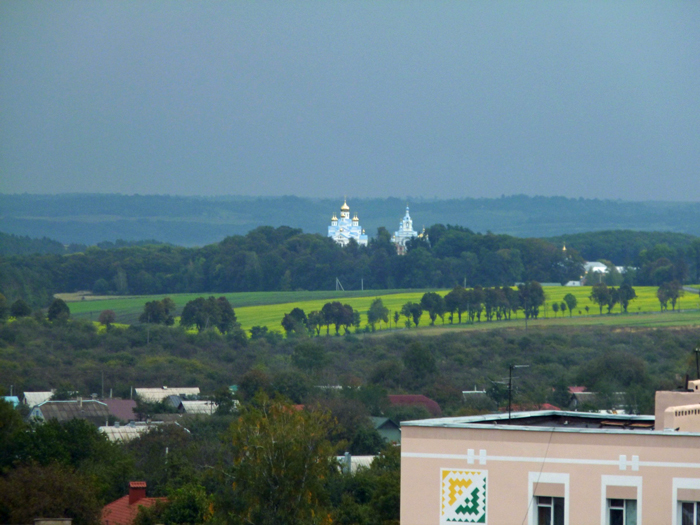 Ukraine is a land with vast expanses of wheat and sunflower fields stretching farther than the eye can see; attention to beauty in the smallest of details; hard-working people who are cordial in their hospitality; and so much more that makes it a truly special place.

By God’s grace and through the generosity of Georgiy Belchenko of blessed memory (+2021) and his wife, I was blessed to experience Ukraine with Mother Theodora (in schema Amphilochia, +2015), before the present turmoil.

The one thing that struck us both were the magnificent borders painted on church arches.  Mother Theodora, an iconographer, noted that Orthodox church architecture, which often incorporates graceful arches into its design, led to an entire artistic discipline that would enable the arches to be harmoniously united …

A Story from The Optina Garden

The Optina Garden is a beautiful book written by Nina Pavlova, a spiritual daughter of Archimandrite Adrian (Kirsanov). Nina also authored Red Pascha, the account of the three Optina monks murdered by satanists in 1993.

Nina was so captivated with Optina that she purchased a house near the outskirts of the Monastery. Daily she visited with the Elders and monks, which provided her with a privileged connection to the Elders. She kept detailed and valuable notes on events, characters, and dreams. Due to the assistance she provided the Monastery, she was trusted by the elders and with the spiritual guidance they provided her, she received a serious theological education.

During Holy Week of 2001, he was hospitalized with pneumonia. Whenever he was in the hospital, the caregivers became frustrated as he would not sleep but two hours in any 24-hour period. He would call …

With the blessing of His Eminence, the Most Reverend Metropolitan Hilarion, First Hierarch of the Russian Orthodox Church Outside of Russia, we are providing you with this prayer to print out, post somewhere in your home, and read daily. Normally, this is read by the priest as part of the “Molieben Sung in Time of Devastating Epidemic and Deathbearing Pestilence”. Metropolitan Hilarion has blessed all the laity to read this prayer while we are in the worldwide pandemic of Covid-19.

You may find the entire service in The Great Book of Needs, Vol. IV, published by St. Tikhon’s Seminary Press, South Canaan, Pennsylvania, 1999. If your Church or priest do not have this 4- volume set, it is a wonderful gift item. There is also a smaller, pocket edition that is very much appreciated as a gift as they can take it to homes, hospitals, etc. 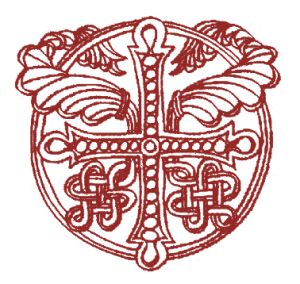 The Life of Our Venerable Father, Saint Varsonofy of Kherson

Imprisoned 25 times by Communists, Christ Himself appeared to the Saint to strengthen him. After his repose in 1954, a moleben at his grave cured two men of alcoholism.

Today I am faced with a truly daunting task. I propose to discuss in an intellectual and scholarly theological manner the All-Holy Theotokos, the Ever-Virgin Mary. Not even the greatest of the ascetics dared to do what I propose and I do ask forgiveness of the Mother of God for my presumption and beg Her to see the innocence of that motivates me.

At the heart of the veneration of the All-Holy Theotokos is the mystery of our salvation, the lynchpin of which is the very incarnation of the divine logos. This must also represent for any objective and candid seeker after Divine Truth the essential characteristic that distinguishes Christianity from all other religions in the world. We are faced today with many religions which fairly claim to be monotheistic, such as Islam and …

Tradition has it that years …

Recently, as I was praying about what inspirational words I could pass on to you, I called to mind +Hieromonk David (Pierce) of blessed memory.  When Father David was diagnosed with a glioblastoma brain tumor, his life changed instantly.  Following his first surgery, I visited Father David, and he venerated the holy relics that I had brought with me.  He had a strong faith, was unshaken, and his eyes were fixed on eternity.  We began talking about his prognosis, which led into a discussion about contemporary issues facing Orthodox Christians in an increasingly secular society where much is being done to remove “God” from its midst.  The result of that visit was an article we co-authored on how the mind of an Orthodox Christian person should react when facing difficult circumstances.

Father David reposed in 2014, and we never published that article.  Because of the healing nature of the …

How Does an Orthodox Christian Confront an Economic Crisis?

In 2009, I had the privilege of being a guest at the home of Ioannis and Katerina Kallianiotis. It is always a spiritually profitable experience when I am blessed to be in the home of pious, Orthodox Christian laity. The conversation was always edifying. Ioannis shared stories of his youth on a Greek island, far from the mainland. I recalled my time in Greece, where every Sunday after the Divine Liturgy the faithful gathered in parks or homes and where they had a tradition of ‶lay theologians″ who would speak on various topics. In Ioannis, I saw the sagacity of a lay theologian.

Upon understanding his accomplishment of being published in every Mount Athos journal, I pleaded with him to write something for American Orthodox Christians. At that time the …