Tradition has it that years back, a Chinese merchant, Sioun Lee Ho, sailed along the Pasing River returning home, happy with his dealings and having earned a good amount. But suddenly he saw an enormous crocodile approaching his little boat.

The count down for the life of Lee Ho had just begun. Full of fear he watched the horrid beast come near – in a matter of minutes nothing would remain of Lee Ho other than the sweet memories his wife and children would hold.

It was then that Sioun Lee Ho remembered how the passengers of the Russian boats that passed referred to Saint Nicholas. And that each boat no matter what size always had an icon of the Saint. He remembered some of the tales he heard about Saint Nicholas.

With the speed of lightening all this passed through Lee’s mind, meanwhile the crocodile approached, and Lee felt death’s presence. Just then he prayed fervently to Saint Nicholas begging him to work a miracle and save him from the jaws of the crocodile. “What will happen to my wife and my children without me? Save me, Saint Nicholas save me”

That is how he prayed — that is what he said. The crocodile was now near and it only needed a nudge to flip over the boat. Closing his eyelids Lee thought he was already in the mouth of the beast. But then! All of a sudden, the crocodile rolled over in the water like dead. Lee Ho was saved!

Once again back in his village, he recounted to his family and to all the villagers there in the market what had happened and how he had been saved by the help of Saint Nicholas, the Wonderworker.

After only a few moments another miracle occurred. Enough money was gathered, there and then, to erect a small but beautiful church in memory of Saint Nicholas. Real celebrations commenced.

At some point many, many years later, the church collapsed, why, no one knows. Yet thousands of Chinese still descend there to honor the Saint’s memory.

In far away Vladivostok there are many Chinese and all of them know Saint Nicholas. When asked they answer: “Saint Nicholas is a very good Saint.” And the Saint helps them, and the Chinese love him. Even though they are not Christians but of other beliefs.

Holy Saint Nicholas pray to God for us! 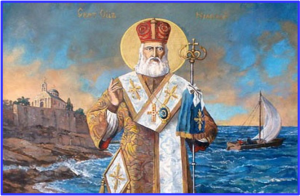 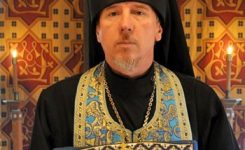 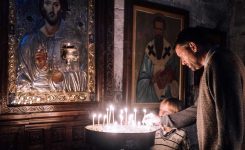 How Does an Orthodox Christian Confront an Ec... 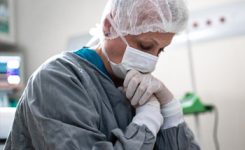 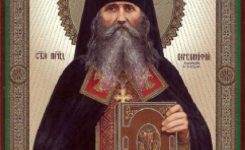 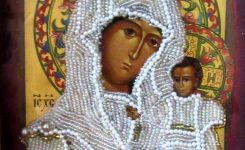 The Theotokos: the Border of the Created upon... 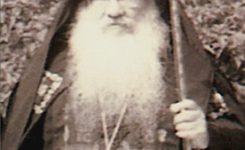